Given on Feb 27, 2022 by Matt Cohen at Citylight Manayunk 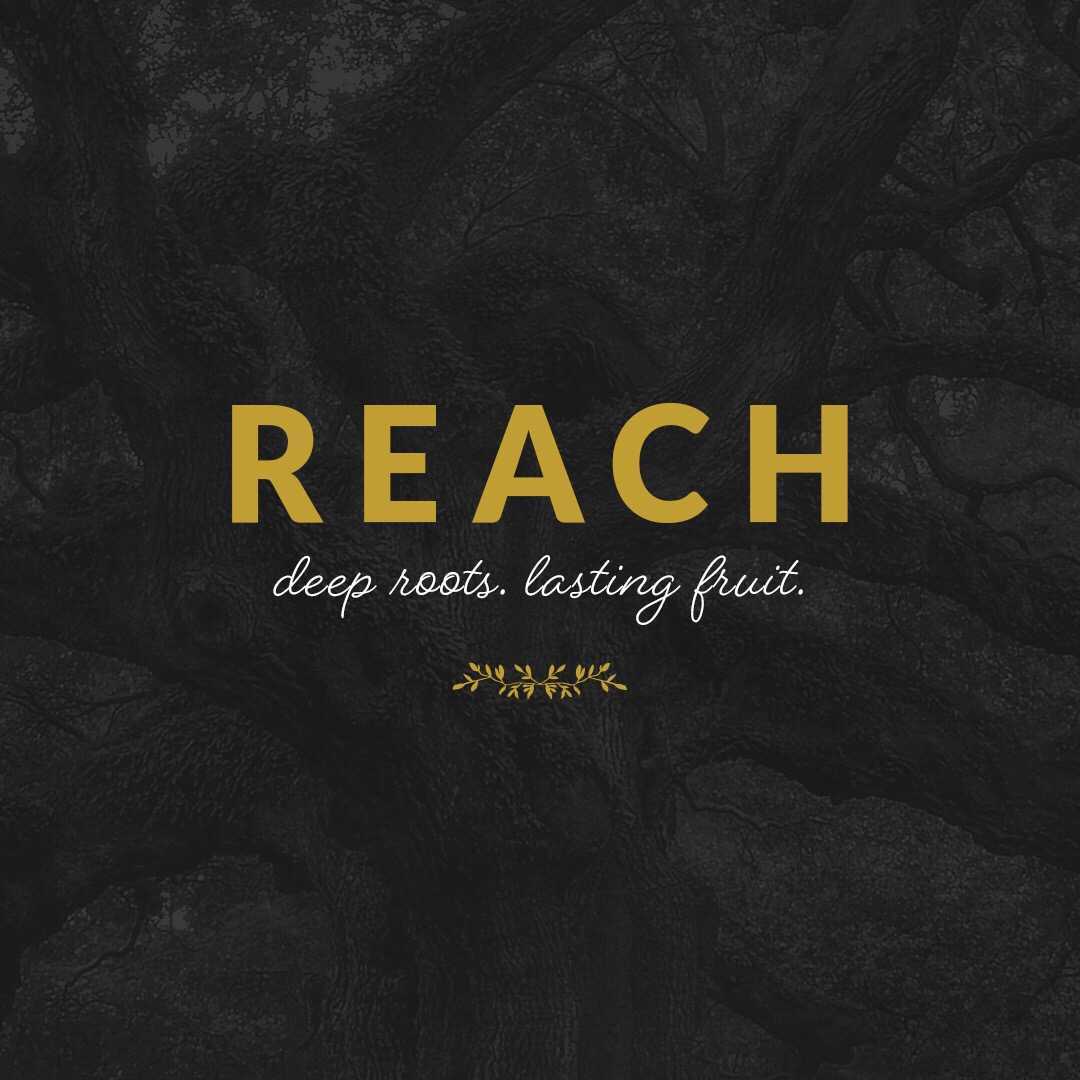 Over the past month our son Soren participated in a read-a-thon at school. The way it works is that each kid is assigned a unique number of words that is their goal to read over the course of the month. Soren crushed his goal and I’m really proud of him. At times throughout the read-a-thon, I would remind Soren to stay on top of his reading. I probably didn’t need to remind Soren because he loves to read, but I reminded him anyway because  even though I probably didn’t need to. But I would remind Soren anyway because I wanted him to be ready to take the reading quizzes and hit his goal. At times, my reminders were pretty unnecessary. The Apostle Paul begins 2 Corinthians 9 with a reminder to the Corinthians that he too considers pretty unnecessary. 2 Corinthians 9:1-2 – Now it is superfluous for me to write to you about the ministry for the saints, for I know your readiness, of which I boast about you to the people of Macedonia, saying that Achaia has been ready since last year. And your zeal has stirred up most of them. Translation: “I probably don’t even need to write to you about generously contributing to the needs of the suffering saints in Jerusalem through my financial collection. I should probably just put the quill down.” I feel the same way about you, Citylight. It’s probably superfluous for me to preach to you about the two-year generosity commitments that we’ll be making next Sunday when we gather because you give yourselves first to the Lord. But Paul does say more. Let’s see why. 2 Corinthians 9:3-5: But I am sending the brothers so that our boasting about you may not prove empty in this matter, so that you may be ready, as I said you would be. 4 Otherwise, if some Macedonians come with me and find that you are not ready, we would be humiliated—to say nothing of you—for being so confident. 5 So I thought it necessary to urge the brothers to go on ahead to you and arrange in advance for the gift you have promised, so that it may be ready as a willing gift, not as an exaction. Paul writes more because even though the Corinthians said they were all in, but now that it’s crunch time, now that it’s time to give, he knows now is the time to say more about why we give generously. Citylight – I know you’re all in, but next Sunday is commitment Sunday, and so I want say more, first, because our passage says more, second because our passage will help all of us be ready for commitment Sunday next week, and third because the Reach Initiative is first about what God is going to do in us through his word before he does anything through us by our wallets. So what more does God have to say to us through our passage? In 2 Corinthians 9:6 Paul gets right to the point: The point is this: whoever sows sparingly will also reap sparingly, and whoever sows bountifully will also reap bountifully. What does God still have to say to us as we approach commitment Sunday? Big Idea: Give Bountifully. To make it plain: in proportion to what you have, give a lot. Like a farmer sowing seed, sow bountifully, sow more than enough, sow a lot through your giving. When it comes to financial giving, God’s point is simple: go bountiful, not sparing. Go courageous, not safe and logical. Why? (1) You will receive bountiful rewards, (2) You will have bountiful hearts, (3) You have a bountiful God.

YOU WILL RECEIVE BOUNTIFUL REWARDS

2 Corinthians 9:6 – The point is this: whoever sows sparingly will also reap sparingly, and whoever sows bountifully will also reap bountifully. Give bountifully because you will receive bountiful rewards. It may be a bit surprising or even uncomfortable to you that God motivates our giving by promising bountiful rewards to bountiful givers, but this principle is not unique to the Apostle Paul. It’s common in God’s word. Proverbs 11:24-25 – One gives freely, yet grows all the richer; another withholds what he should give, and only suffers want. 25 Whoever brings blessing will be enriched, and one who waters will himself be watered. Malachi 3:10 – Bring the full tithe into the storehouse, that there may be food in my house. And thereby put me to the test, says the LORD of hosts, if I will not open the windows of heaven for you and pour down for you a blessing until there is no more need. Proverbs 19:17 – Whoever is generous to the poor lends to the LORD, and he will repay him for his deed. The principle is clear and there is no need to be embarrassed about it. If you give bountifully you will receive bountiful rewards. God promises bountiful rewards to bountiful givers and he does so because he wants us to be motivated by those rewards. Why else would he promise them?

Now, we need to ask, what bountiful rewards is Paul referring to? Is he saying, as some abusive teachers do, “if you give, then you’ll get more back for yourself?” No, that is a manipulative lie. We must read the principle that the one who gives bountifully will receive bountiful rewards in light of the rest of the passage. Notice what Paul writes in 2 Corinthians 9:8 – And God is able to make all grace abound to you, so that having all sufficiency in all things at all times, you may abound in every good work. As NT scholar David Garland writes, “Paul makes clear…that God rewards generosity with material abundance to make it possible for people to be even more generous.” Here is the principle and the point: if you give bountifully, you will have no lack. God will reward you with material abundance to make it possible for you to continue being generous, and even increasingly so! What an incredible reward. The old saying really is true. You can’t out give God. Try Him (Malachi 3:10)! Give bountifully and watch how God supplies more than enough to continue sowing generously. Think about the farming analogy that Paul employs with the words “sowing” and “reaping.” Again David Garland writes, “No farmer considers sowing as a loss of seed because the harvest will provide the seed for the next season. Consequently, no sower begrudges the seed he casts upon the ground or tries to scrimp by with sowing as little as possible.”

YOU WILL HAVE BOUNTIFUL HEARTS

I want to slow down on this point. It’s nearly impossible to overstate how much God seems to love cheerful, willing giving. There is a very interesting and significant event in the Old Testament that highlights this principle of cheerful giving. It was when Israel’s leaders gave generously to provide for building the original temple. Their generosity was outrageous, but I want you to notice that it was actually the disposition of their hearts that was highlighted.

1 Chronicles 29:5b – “Who then will offer willingly, consecrating himself today to the Lord.”

1 Chronicles 29:9 – “Then the people rejoiced because they (the leaders) had given willingly…”

1 Chronicles 29:14 – “But who am I, and what is my people, that we should be able thus to offer willingly? For all things come from you, and of your own have we given you.”

This scene in 1 Chronicles 29 reveals an additional way to become a cheerful giver, beyond giving bountifully. Look with me at 1 Chronicles 29:14, 16 – “But who am I, and what is my people, that we should be able thus to offer willingly? For all things come from you, and of your own have we given you…O LORD our God, all this abundance that we have provided for building you a house for your holy name comes from your hand and is all your own.” Cheerful giving is the joyful generosity that flows from a heart experiencing the truth that all things come from the Lord and it’s only of his own that we give to him.

This brings me to a practical encouragement: prepare for commitment Sunday. As Paul says, give what you’ve decided in your heart. Decide ahead of time in prayerful reliance on the Lord and the wisdom of other trusted church members. And when you’re deciding, rejoice! Rejoice! God loves a cheerful giver, but you can’t by an act of the will just change the way you feel. But you can do what cheerful people do. You can rejoice. You can thank God for the money he’s entrusted to you, you can celebrate that he’s giving you the grace to give some of it away, you can talk with others about what you believing your giving may accomplish, and you can sing songs while you’re doing it. Express cheer as you give until you feel cheerful about your giving. When preparing for next Sunday, ask God to make you a bountiful, cheerful giver. And of course, give bountifully because that’s a great way to get a bountiful heart.

YOU HAVE A BOUNTIFUL GOD

And God is able to make all grace abound to you, so that having all sufficiency in all things at all times, you may abound in every good work. 9 As it is written,

“He has distributed freely, he has given to the poor;

10 He who supplies seed to the sower and bread for food will supply and multiply your seed for sowing and increase the harvest of your righteousness.

The final and most important reason that I want to encourage all of us to give bountifully when we make our commitments next Sunday is that we have a bountiful God. I love the phrase in verse 8, “And God is able…” Friends, give bountifully because your God is bountiful. Your God owns everything and he is more than able to meet your bountiful giving with a bountiful supply of more than enough for you to keep making an eternal impact with the Master’s money.

So, how do we actually know that he’s a bountiful God?